How to Make a Cushion Cut Diamond Look Bigger?
February 19, 2021 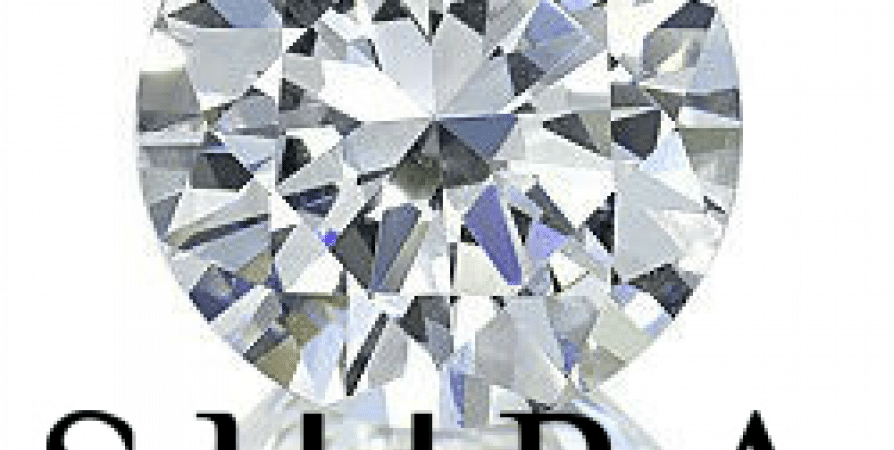 About Round Diamonds in Dallas, Texas at 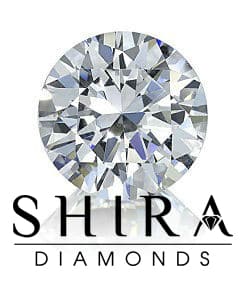 A brilliant is a diamond or other gemstone, cut in a particular form with numerous facets so as to have exceptional brilliance. The shape resembles that of a cone and provides maximized light return through the top of the diamond.

Even with modern techniques, the cutting and polishing of a diamond crystal always result in a dramatic loss of weight; rarely is it less than 50%. The round brilliant cut is preferred when the crystal is an octahedron, as often two stones may be cut from one such crystal. Oddly shaped crystals such as macles are more likely to be cut in a fancy cut—that is, a cut other than the round brilliant—which the particular crystal shape lends itself to. 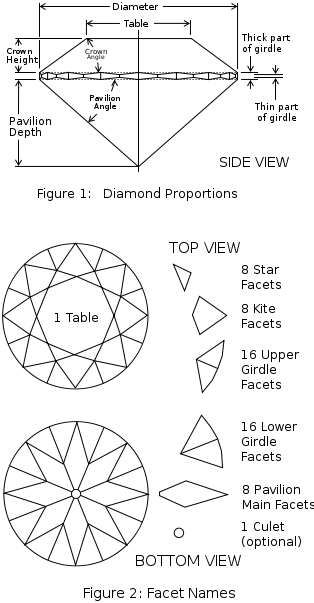 The original round brilliant-cut was developed by Marcel Tolkowsky in 1919. The modern round brilliant consists of 58 facets (or 57 if the culet is excluded), ordinarily today cut in two pyramids placed base to base: 33 on the crown (the top half above the middle or girdle of the stone), truncated comparatively near its base by the table, and 25 on the pavilion (the lower half below the girdle), which has only the apex cut off to form the culet, around which 8 extra facets are sometimes added. In recent decades, most girdles are faceted. Many girdles have 32, 64, 80, or 96 facets; these facets are not counted in the total. While the facet count is standard, the actual proportions (crown height and angle, pavilion depth, etc.) are not universally agreed upon. One may speak of the American cut or the Scandinavian standard (Scan. D.N.), to give but two examples.

Today, Tolkowsky’s “ideal” model has been overused. The original model was a general guideline, as there were several aspects of diamond-cutting that were not explored or accounted for in that model.

Because every facet has the potential to change a light ray’s plane of travel, every facet must be considered in any complete calculation of light paths. Just as a two-dimensional slice of a diamond provides incomplete information about the three-dimensional nature of light behavior inside a diamond, this two-dimensional slice also provides incomplete information about light behavior outside the diamond. A diamond’s panorama is three-dimensional. Although diamonds are highly symmetrical, light can enter a diamond from many directions and many angles. This factor further highlights the need to reevaluate Tolkowsky’s results, and to recalculate the effects of a diamond’s proportions on its appearance aspects.Another important point to consider is that Tolkowsky did not follow the path of a ray that was reflected more than twice in the diamond. However, we now know that a diamond’s appearance is composed of many light paths that reflect considerably more than two times within that diamond. Once again, we can see that Tolkowsky’s predictions are helpful in explaining optimal diamond performance, but they are incomplete by today’s technological standards.

Figures 1 and 2 show the facets of a round brilliant diamond.

Figure 1 assumes that the “thick part of the girdle” is the same thickness at all 16 “thick parts”. It does not consider the effects of indexed upper girdle facets.

The relationship between the crown angle and the pavilion angle has the greatest effect on the look of the diamond. A slightly steep pavilion angle can be complemented by a shallower crown angle, and vice versa.

Other proportions also affect the look of the diamond:

Several groups have developed diamond cut grading standards. They all disagree somewhat on which proportions make the best cut. There are certain proportions that are considered best by two or more groups however.

Polish and symmetry are two important aspects of the cut. The polish grade describes the smoothness of the diamond’s facets, and the symmetry grade refers to alignment of the facets. With poor polish, the surface of a facet can be dulled, and may create blurred or dulled sparkle. It may constantly look like it needs to be cleaned. With poor symmetry, light can be misdirected as it enters and exits the diamond.