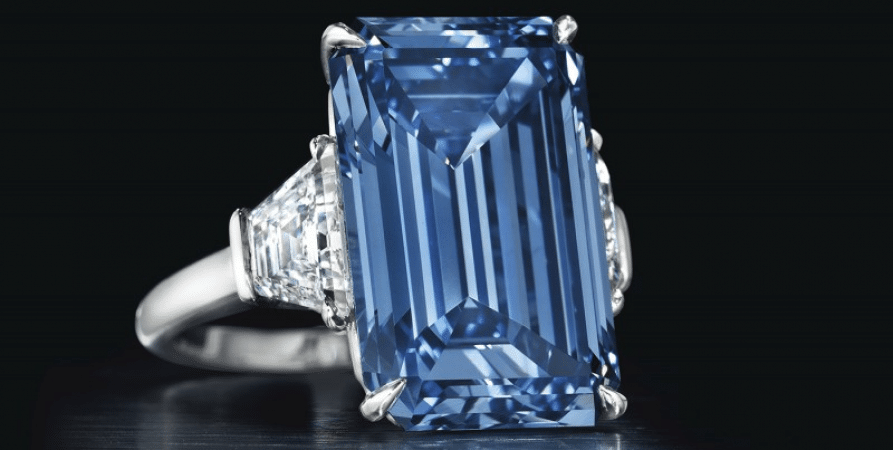 Blue Diamonds for sale at Shira Diamonds in Dallas, Texas

Next month, Christie’s will offer the largest and, arguably, the highest-quality fancy vivid blue diamond ever seen at auction. Named for its previous owner, the late Sir Philip Oppenheimer (a member of the family that runs the De Beers diamond company), the 14.62-carat, rectangular-cut Oppenheimer Blue Diamond is one of the standout lots from Christie’s Magnificent Jewels event in Geneva. The diamond is estimated to sell for $38 million to $45 million. It’s not your imagination—auctions of blue diamonds have dominated the headlines lately. In November 2014, Sotheby’s New York set an auction record for a blue diamond when the Zoe Diamond garnered $32.6 million. The 12.03-carat Blue Moon dropped jaws and raised paddles at Sotheby’s Geneva in November 2015, setting an auction record for any gemstone when it sold for $48.5 million. (Its new owner renamed it the Blue Moon of Josephine in honor of his daughter.) Earlier this month, Sotheby’s Hong Kong offered the 10.10-carat De Beers Millennium Jewel 4 and saw it sell for $31.8 million. Due to sell at Sotheby’s New York on April 19 is the 9.54-carat Shirley Temple Blue Diamond, which carries a presale estimate of $25 million to $35 million. 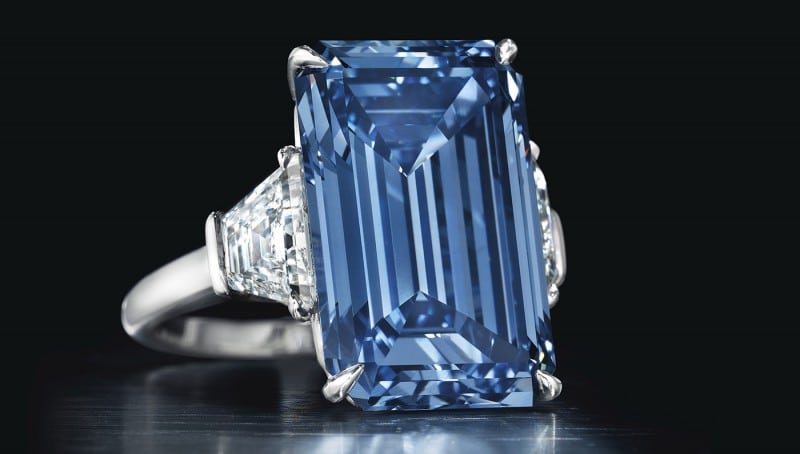 If you miss it, you can aim instead for the Oppenheimer Blue, appearing at Christie’s Geneva on May 18. At 14.62 carats, Christie’s bills it as the largest and finest vivid blue diamond (the best) to come up for sale at auction, bringing a presale estimate of $38 million to $45 million. But more headlines does not mean there are more blue diamonds out there—it means that more people have learned to appreciate them. “Now it seems like the average person I see comes in with more knowledge than even a decade ago. It contributes to the prices going up,” says Scott West, who is executive vice president of LJ West Diamonds in Manhattan and a colored-diamond specialist. “If you’re not comfortable, or unsure about something, it’s easier to say no to a big purchase.”

Rahul Kadakia, international head of jewelry for Christie’s, traces the current streak to his house’s sale of the grayish-blue, 35.56-carat Wittelsbach in London in December 2008. “It was at the nexus of the downturn,” he says, recalling its presale estimate as $12 million to $15 million. Subsequently, jeweler Laurence Graff bid $24.3 million for it and renamed it the Wittelsbach-Graff. “That kind of turned prices around,” Kadakia says. “People thought: If it can make this price in this market, what can colored diamonds be worth?” The Wittelsbach still holds the Christie’s house record for a blue diamond, but he expects that the Oppenheimer Blue will take the title next month. Its perfect rectangular cut is itself a luxury—no contemporary jeweler would risk consigning so much of the rough stone to the floor. “It’s truly one of the rarest blue diamonds I’ve seen, and I’ve been with the company for 20 years,” he says. “This is really the best. If it was up for sale anywhere else, I’d say the same thing.”

David Bennett, worldwide jewelry chairman at Sotheby’s, says he has become “a sort of evangelist” for blue diamonds. “There’s no other gemstone like a blue diamond,” he says. “Once you’ve been charmed by a blue diamond, nothing else will do.” He is unsurprised that the Blue Moon earned a record price, not just for any blue diamond, but any gemstone at auction. “On a personal level, it was one of the most beautiful blue diamonds I’ve ever seen, and I’ve seen a lot,” he says, laughing. “It had that effect on a lot of people.” He is looking forward to the auction of the Shirley Temple Blue, which has a quality that few blue diamonds possess: a celebrity owner in its past. “It’s rare to have a 20th-century famous provenance with a colored diamond. She must be one of the best-known child stars,” he says. “It’s an extraordinary stone. Today, we look back with the hindsight of the market and think, What an amazing purchase!”