The History and Meaning Behind November’s Birthstone

Each birthstone has a unique significance. The meaning behind these stones generates strong interest, as many people relate to the qualities and traits of their respective birth gems.

November has two birthstones that have an interconnected charm. Both the stones’ color has shades related to this month’s color.

Being under the same month, the two stones’ symbolic meanings are often associated with one another.

If you were born in November, you might find this Shira Diamonds‘ article about this month’s two birthstones interesting. 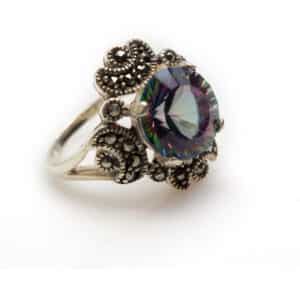 The word “topaz” was derived from the Sanskrit word “tapas”, which translates to fire.

Some believed the gem has the power to cool water. It was also used to allay anger as well as cure ailments such as fever.

The most common shade of topaz that people see in pictures is gold, which is interesting because this gem is often colorless.

You can also find topaz in shades of various colors, including red, brown, green, blue, and black.

The colors often occur due to small changes within the composition of the gem along with environmental influence.

Brazil is the largest source of topaz in the world. Other countries that also significantly produce this gem are the US, Japan, Scotland, Pakistan, and Ukraine.

The gem comes in many sizes, with the most massive uncut stone found in Brazil weighing almost 600 pounds (ca. 272 kg).

This stone is now on display at New York’s American Museum of Natural History.

Clergies and royalties use this stone and there’s a belief that the stone helped cultivate goodwill among those in power.

The crown jewels of Portugal have one of the most famous topaz gems in the world.

People also believed that topaz has medicinal properties. They believed that when you mix powdered topaz with wine, it can treat insomnia and asthma.

Some people even thought that it can cure poor vision and mental illnesses.

Topaz is one of the hardest among silicate minerals, which makes it ideal for jewelry. Its durability allows it to remain pristine as bracelets, brooches, and necklaces.

Red topaz is the rarest and most valuable among all shades.

Due to the variety topaz appears in, nearly all its colors command high prices, which is further raised when the gem is of high quality. 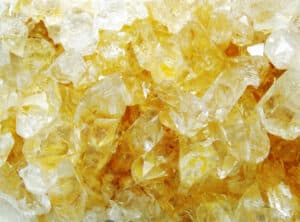 Citrine is named after an old French word citron, which meant lemon. It is a variety of quartz that is often associated with the sun due to its golden hue—a lot of people like it because of that reason.

Like topaz, it also shares a very detailed history among royalty.

During the height of Egypt’s power, Egyptians used citrine to guard the mind and prevent poisons from coursing through the body of the ill. It’s also worth knowing that they were also among the first people to use the gems in their talismans.

In medicine, citrine helped combat various afflictions. Many believed that it can alleviate digestion problems and improve blood circulation. Some used it to combat degenerative diseases.

Later on, the Greeks would put citrine within their ornaments. On the other hand, the Romans used the stones in crafting rings for their priests.

Citrine is well known for its decorative value.

Unearthed artifacts and weapons in Scotland have citrine embedded for decorative purposes.

Experts also believe that it was attached to those items because ancient folks believed that the stone can grant protection.

Merchants also bartered and used the stone as its golden color symbolizes wealth.

A Common and Rare Gem 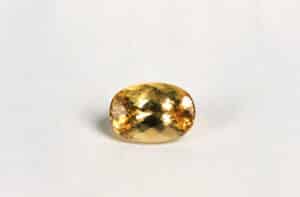 A natural citrine with clear and radiant color fetches a high price because of its high rarity.

This stone can be created synthetically by heating other quartz. The process results in various shades, such as amber or lemon yellow.

Most of the natural stones available today came from mines from Brazil, Bolivia, and Madagascar.

It is also mined in the US, Uruguay, Spain, Mexico, Russia, and France. Due to how common it is, citrine is one of the more affordable gems.

There are rare and expensive versions of it as displayed by royalty and celebrities. One of the most popular ones is a large citrine necklace that was previously owned by Angelina Jolie.

The necklace featured 64 cushion-shaped citrine gems with a 177.11-carat pear-shaped citrine center. She donated the jewelry to the Smithsonian Institution’s National Gem Collection.

Both topaz and citrine November birthstone meaning are gems that have a lot of intrinsic and perceived value.

They are highly distinguished gems centuries ago, and they are still regarded as precious gems worthy of praise and adornment.

Their warm colors make out for the perfect thoughtful gift. The November’s birthstone meaning adds more details which you can share with your November-born friends.

Contact Shira Diamonds now and your own Birthstone jewelry now!

More from Shira Diamonds
The History and Meaning Behind October’s Birthstones
Blemishes in Diamonds: What Are They?