Trillion cut diamonds or triangle diamonds are offbeat stones shaped like a triangle. Also known as trilliant cut, and a trillian, this particular diamond cut varies quite a bit due to its various curved and uncurved surfaces. The cut had been introduced in 1962 by the makers of the Asscher cut and was later trademarked. The patent has, however, expired at present and any gem stone with a triangular cut is now referred to as a trilliant. The non-branded diamonds shaped like a triangle are referred to as either Triangular Brilliant or as Triangular Modified Brilliant by the GIA. The uncurved variety of triangle diamond usually has a length to width ratio of 1.1 with uncurved sides. The brilliance and fire of a Trillion diamond is also emphasized, if the depth of the stone is proper. The triangle cut is not used as the center piece of an engagement ring or a solitaire though and is usually found as accent stones on both sides of a larger center diamond that may of various shapes. Whitney Houston wore a huge oval cut diamond with prominent trillion side stones on her engagement to Bobby Brown. 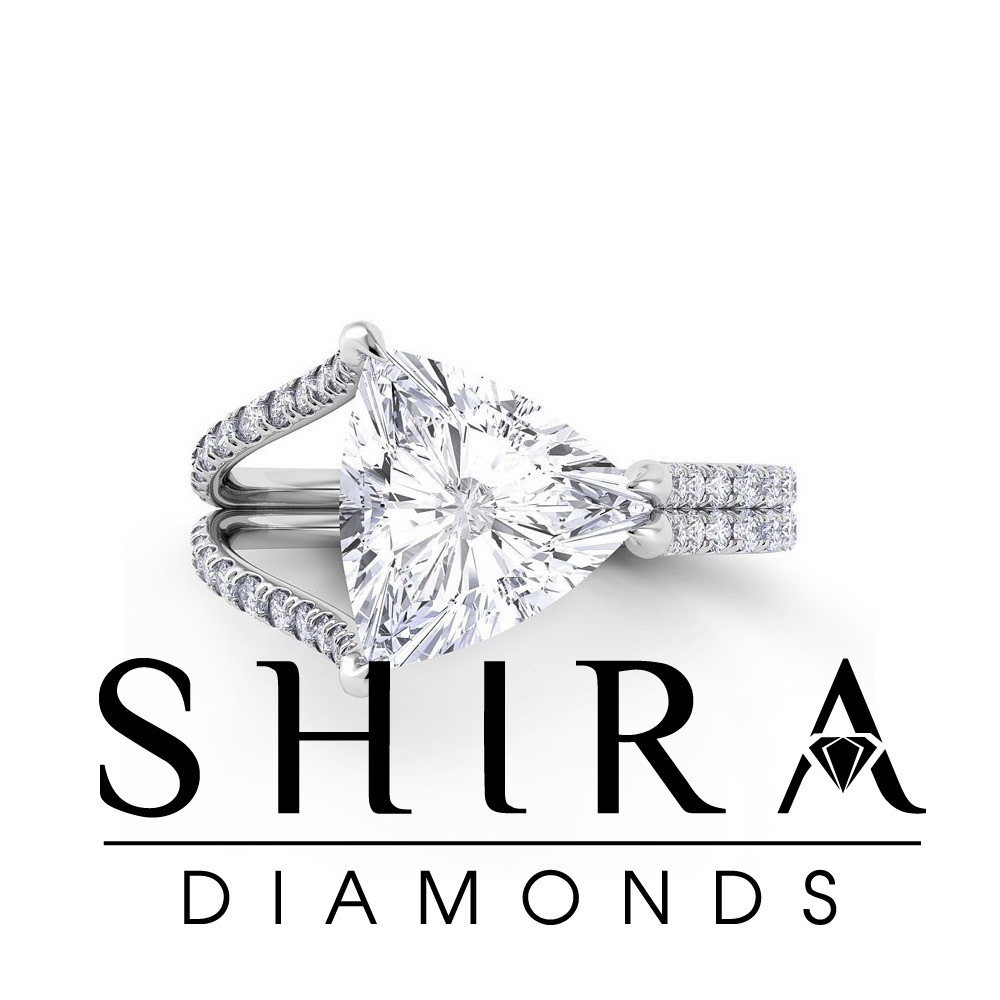 You may be able to obtain a Trillion solitaire though but this particular cut is softer and reveals curved edges. The length to width ratio of 1.1 remains unchanged whether curved or uncurved. Matched stud earrings fashioned out of triangle cut diamonds are common too apart from the rings while solitaire pendants of trillion diamonds are often recommended by diamond retailers or high end jewelry stores.Cut from a flat diamond, the triangle shaped diamond normally looks bigger than its carat weight. The sparkle is undiminished, however, especially, if the number of facets are numerous. The traditional form of the patented trillion consisted of 50 facets and straight sides only. This shape is rarely available at present, however. 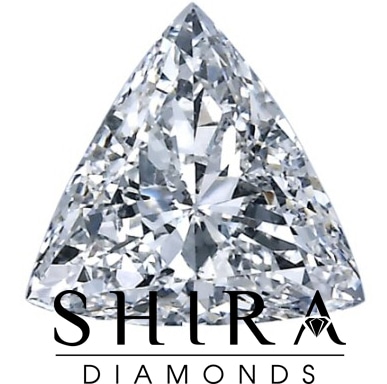 It is a challenge to keep the brilliance of a triangle diamond to maximum all the time though as the shallow stones tend to lose their sparkle with the accumulation of dirt on its surface. Trillion cut diamond jewelry once bought need to be kept clean at all times, therefore.Checking the color is of utmost importance when buying a trillion cut stone as the hue in the center of the diamonds is entirely different from the color at the three corners. It often requires the assistance of a diamond expert to assess the value of a triangle diamond based on its color. You also need to check for the symmetry of the trillion while purchasing it. The shape is best displayed visually and it is important to inspect it personally at the store or request a photograph of the triangle cut diamond when you are keen on purchasing it online. Fluorescence is not an important aspect when you are buying a single diamond, however. But it needs to be perfectly matched when you are looking for trillion earrings. The pair will look mismatched even when the color grades match due to a slight variance in fluorescence.