The GIA Clarity Scale includes eleven clarity grades ranging form Flawless to I3. Because diamonds form under tremendous heat and pressure, it is extremely rare to find a diamond that lacks any internal and external characteristics. These characteristics are a by-product of its formation and help gemologists and jewelers separate natural diamonds from synthetics and simulants, and identify individual stones.

FL – Flawless Shows no inclusions or blemishes of any sort under 10X magnification when observed by an experienced grader.

IF – Internally Flawless Has no inclusions when examined by an experienced grader using 10X magnification, but will have some minor blemishes. 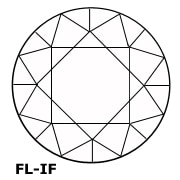 VVS1 and VVS2 – Very, Very Slightly Included  Contains minute inclusions that are difficult even for experienced graders to under 10X magnification. 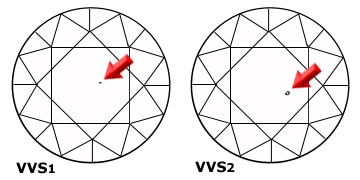 VS1 and VS2 – Very Slightly Included Contains minute inclusions such as small crystals, clouds or feathers when observed with effort under 10X magnification. 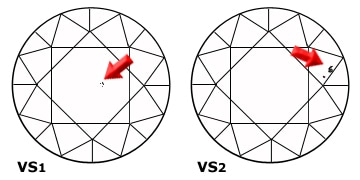 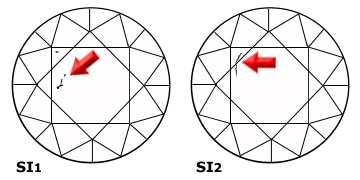 I1, I2 and I3 – Included  Contains inclusions (possible large feathers or large included crystals) that are obvious under 10X magnification and may affect transparency and brilliance.